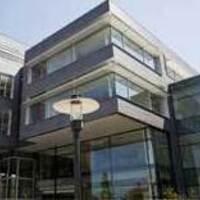 In 2012, the University of Rhode Island College of Pharmacy moved into its new home, the five-story, 144,000 square-foot building on the Kingston campus. The $75 million facility supports leading-edge teaching, research, and service activities and features three interconnected buildings with a medicinal garden.

The new facility has allowed the University to accept more students into its six-year doctor of pharmacy program, its graduate programs and its new four-year bachelor’s program in pharmaceutical sciences.