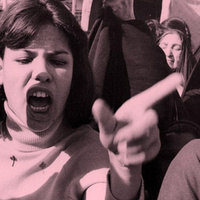 Two classic Greek plays in a single evening! In the 411 BCE comedy Lysistrata, the women of Greece have a plan: if their husbands continue to wage war, they will continue to deny them, well, um...companionship. The second offering, the serious and tragic Trojan Women, exposes the true price of war to the women of Troy.