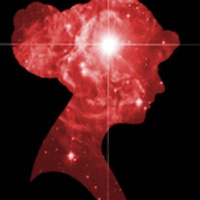 Written by Lauren Gunderson in 2015, “Silent Sky” tells the true story of Henrietta Leavitt, a early 20th century astronomer who made groundbreaking discoveries about our galaxy and galaxies beyond; all during a time when womens' ideas were dissmissed until men claimed credit for them.

Tickets are $20 for general admission and $15 for senior citizens and URI students, faculty and staff. Tickets can be purchased at the URI Theatre box office in the Fine Arts Center or by calling (401) 874-5843.