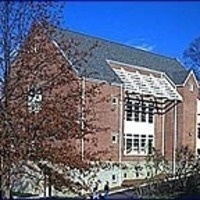 The Spirituality of Falun Gong

Co-sponsored by the Falun Dafa Association of Rhode Island
6:00 PM – 7:30 PM, Multicultural Center, Hardge Forum (101)
Facilitated by Dr. Mike He, Assistant Professor, Pathology, Brown University Medical School, Staff Pathologist,
Women & Infants Hospital and Brown Medical School, and President, Falun Dafa Association of Rhode Island.
Traditional Chinese culture is rich in spirituality. In ancient times, the Chinese viewed their land and culture as
divinely inspired. Over the course of time, the Chinese people have pursued the quest for the connections between the
nation, the universe, and the higher beings that transcend the universe through many paths and schools of spirituality,
including Daoism, Buddhism, and Confucianism, China’s three main religions. Once the Chinese Communist Party
established dominance over the mainland, many of the spiritual paths moved underground, banding together under the
name “Qigong”, “aligning the qi(chi) life energy for the purpose of developing one’s full human potential.” Qigong is
now practiced throughout China and worldwide for recreation, exercise and relaxation, preventive medicine and selfhealing,
complementary and alternative medicine, meditation and self-cultivation, and training for martial arts.”