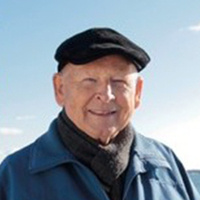 Join us for this week’s Physical Oceanography Seminar featuring Dr. Thomas Rossby (GSO) titled, "On the centrality of the Nordic Seas to the Meridional Overturning Circulation."

Abstract: This talk has two parts. First, we use the results from two multi-year programs measuring ocean currents along two lines: one between Scotland and Cape Farewell (CF) and the other farther north between Scotland, the Faroes, Iceland and Greenland to estimate volume, heat and freshwater fluxes and their divergences in the subpolar North Atlantic. Of the 395 ± 74 TW net heat flow across the Scotland-CF line 273 ± 27 TW continues across the northern line into the Nordic Seas, the source of dense North Atlantic Deep Water. It is this warm flow into the Nordic Seas that helps to define the mild North Atlantic climate. The remaining 122 ± 79 TW is used to produce North Atlantic Intermediate Water. Together these two water masses make up the lower branch of the meridional overturning circulation. But it is important to distinguish between the two.

The second part addresses the concern of a possible slowdown of the MOC. Here the distinction between Intermediate and Deep Water production becomes important. During glacial times Intermediate Water production continued apace while the Nordic Seas branch was shut down. The physical basis for a slow-down has been understood to be the potential for fresh water run-off to dilute or cap the warm salty water in the Nordic Seas to the point where they cannot sink and pool the dense water that spills into the North Atlantic. This does not seem likely at present. We may be addressing the wrong question, suppose due to the general warming of the North Atlantic the MOC is instead pumping more heat into the Nordic Seas and the Arctic?