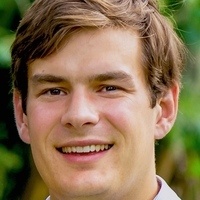 Join us for a seminar from Dr. Nicholas Foukal, Postdoctoral Investigator at the Woods Hole Oceanographic Institution.

Title: Ocean heat transport from the subtropical gyre to the subpolar gyre in the North Atlantic

Abstract: For decades, the physical oceanographic and climate community has treated the Atlantic meridional overturning circulation (AMOC) and its associated meridional heat transport (MHT) as a source of low-frequency variability in the climate system. Recent results from satellites, basin-wide in situ monitoring arrays, and a range of models have shown that even the AMOC has strong highfrequency variability that needs to be considered when interpreting long-term trends. In addition, it has been shown that the AMOC in the subtropics does not co-vary with the AMOC at subpolar latitudes on monthly to even multidecadal time scales. Thus, it is unclear whether a single measure of the AMOC is sufficient to summarize its variability over the entire North Atlantic. In this talk, I will discuss a series of papers in which we attempt to bring the MHT literature up-to-date with these new results from the AMOC literature. How is heat conveyed from the subtropical Gulf Stream region to the eastern subpolar gyre? Does a coherent SST pathway exist? How does our recent understanding of a sub-surface connection from the subtropical gyre to the subpolar gyre influence how we expect the inter-gyre MHT to operate? We test a series of mechanisms present in the literature using simulated Lagrangian trajectories and satellite data, and then close a heat budget for the eastern subpolar gyre in two ocean circulation models. I will conclude with some thoughts on the implications of our results on seasonalto-interannual climate predictability and on observed ocean temperature variability such as the warming hole in the subpolar North Atlantic.