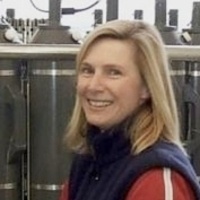 Join us for this week's Physical Ocenography seminar by Dr. Helen Phillips from the Institute for Marine and Antarctic Studies, University of Tasmania (Hobart, Australia) titled, "Filaments in the Stream: Suppression of eddy stirring in Antarctic Circumpolar Current jets."

Abstract: A unique, highly-resolved along-stream view of temperature, salinity and velocity in the Antarctic Circumpolar Current (ACC) is presented on the basis of measurements obtained by a swarm of rapidly-profiling floats north of the Kerguelen Plateau. We find thermohaline filaments that trail along the ACC for hundreds of kilometers, with a coherence that  challenges the traditional view of thermohaline variability in the ocean. The coherence of the anomalies argues for eddy stirring suppression and a long dissipation time scale. The former is consistent with prior estimates of diminished mixing length within frontal jets, and the latter is endorsed by existing microstructure observations from cross-frontal surveys.

The lifecycle of the observed thermohaline variability is assessed in two steps. First, the basic properties of the measured thermohaline variability are reproduced with a simple kinematic model that assumes production of thermohaline anomalies by barotropic large-scale ($> 100$ km) motions, suppression of stirring by smaller-scale eddies, a spatially-uniform thermal wind shear in the along-stream flow, and a rate of diapycnal mixing characteristic of oceanic background turbulence. Second, the generation of thermohaline finestructure is evaluated via particle tracking in a time-dependent, gravest empirical mode-based representation of the ACC driven by satellite altimetric observations. This indicates that deformation-scale thermohaline anomalies are produced at the crests and troughs of the ACC meanders present during the experiment, and are subsequently filamented and elongated by the ACC jets into features with large along-stream coherence.