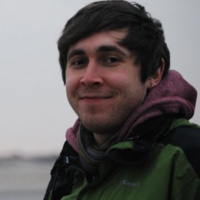 Join us for a seminar from Dr. Chris Piecuch,  Assistant Scientist at Woods Hole Oceanographic Institution.

Abstract: "Identifying the causes of historical trends in relative sea level--the height of the sea surface relative to Earth's crust--is a prerequisite for predicting future changes. Rates of change along the U.S. East Coast during the last century were spatially variable, and relative sea level rose faster along the Mid-Atlantic Bight than the South Atlantic Bight and Gulf of Maine. Past studies suggest that Earth's ongoing response to the last deglaciation, surface redistribution of ice and water, and changes in ocean circulation contributed importantly to this large-scale spatial pattern. Here we analyze instrumental data and proxy reconstructions using probabilistic methods to show that vertical motions of Earth's crust exerted the dominant control on regional spatial differences in relative sea level trends along the U.S. East Coast during 1900-2017, explaining a majority of the large-scale spatial variance. Rates of coastal subsidence caused by ongoing relaxation of the peripheral forebulge associated with the last deglaciation are strongest near North Carolina, Maryland, and Virginia. Such structure indicates that Earth's elastic lithosphere is thicker than has been assumed in other models. We also find a significant coastal gradient in relative sea level trends over this period that is unrelated to deglaciation, and suggests contributions from twentieth-century redistribution of ice and water. Our results indicate that the majority of large-scale spatial variation in longterm rates of relative sea level rise on the U.S.~East Coast was due to geological processes that will persist at similar rates for centuries into the future."