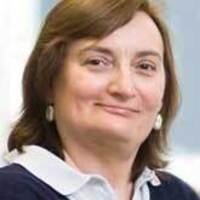 "Modeling Alzheimer’s Disease in a Dish: from Mouse to Human Neurons"

BACE1, the rate-limiting enzyme in the generation of amyloid-β peptide (Aβ), accumulates in dystrophic neurites in close proximity to Aβ-plaques. The mechanisms of BACE1 accumulation in peri-plaque dystrophic axons remain unknown. We have shown that clathrin adaptor GGA3 depletion results in BACE1 stabilization by impairing its sorting to lysosomes and that GGA3 levels are decreased and inversely correlated with BACE1 in AD brains.  Our more recent data demonstrate that GGA3 genetic deletion and a novel AD-linked GGA3 gene variants result in BACE1 accumulation in hippocampal neurons axons. We also observed a general disruption of BACE1 axonal trafficking in GGA3 null neurons together with its accumulation in axonal swellings. More importantly, we found that endogenous levels of BACE1 are significantly elevated in the CA3 mossy fibers of the hippocampus in GGA3 null mice. Furthermore, Purkinje Cells bear axonal torpedoes in the cerebellum of GGA3 null mice. Inhibition of b- or g-secretase was able to reduce axonal swellings in vitro. These data suggest that the axonal swellings are the results of a local toxicity, most likely due to increased production of Ab.  Moreover, a novel AD-linked GGA3 gene variant was unable to rescue the swelling phenotype in GGA3 null neurons. These findings indicate that GGA3 plays a central role in preserving BACE1 axonal trafficking. Furthermore, we determined that a GGA3 variant associated with AD results in loss of function. Investigating AD-linked GGA3 variants could contribute to a better understanding of the role of these mutations in AD pathophysiology. Thus, the depletion of GGA3 observed in AD brains and loss of function GGA3 variants are leading candidate mechanisms underlying BACE1 accumulation in dystrophic neurites. Our studies provide a proof-of-concept that drugs aimed to preserve GGA3 function could be beneficial for AD treatment and/or prevention.