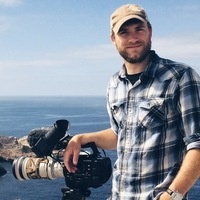 "In Search of Tzotz" and "Giant Carnivorous Bats": Two Films by Jason Jaacks

Jason Jaacks spent more than four months in a remote village in Mexico following photographer Anand Varma and world-renowned scientist Rodrigo Medellín as they searched for two of the rarest—and largest—bat species on Earth. Join Jaacks for a screening of the short film and the subsequent National Geographic WILD television special and hear the behind-the-scenes story of the film, from pitch to delivery.

Jason Jaacks is Assistant Professor of Journalism at URI.

This is a Harrington Forum Event

College of Arts and Sciences, Harrington School of Communication and Media, Journalism Department