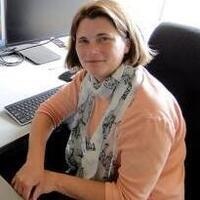 Abstract: “Biodiversity of phytoplankton is important for ecosystem stability, community structure, and marine biogeochemistry. Yet there remains a lack of understanding of what controls the large-scale patterns of diversity. Unlike in terrestrial systems, the attempts to understand or predict patterns of biodiversity of marine phytoplankton by considering single environmental factors such as latitude, temperature and primary productivity have not proved successful. Here we use ecological theory and a complex global trait-based marine ecosystem model to explore the controls on diversity. Specifically, we look at three dimensions of trait space: a range of size classes, biogeochemical functional groups, and thermal niche norm. We show that each dimension is controlled by disparate combinations of drivers. These drivers include resource supply, resource supply ratios, grazers, and advection and mixing between water masses. We use these results to infer the controls on the diversity patterns evident in meridional transects of the Atlantic (AMT) and the global TARA observations, to explain why many previous studies are likely not to have considered the right environmental parameters to explain diversity, and why no single (or even a limited combination) of such parameters (e.g. temperature, productivity) can explain diversity patterns.”