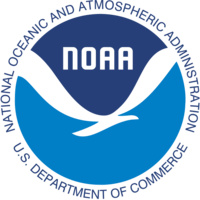 Title: Event scale and persistent drivers of fish and macroinvertebrate distributions on the Northeast US Shelf, by Dr. Kevin Friedland (NOAA)

"The Northeast U.S. Continental Shelf Large Marine Ecosystem is experiencing warming at a rate exceeding that of many other large marine ecosystems and has undergone significant climate-related changes. We examined the effect of thermal events and shifting patterns of primary and secondary productivity on the distribution of fish and macroinvertebrate species during the period 1968-2016. Though subject to inter-annual change, the along-shelf center of gravity of chlorophyll concentration lacked a trend. Similarly, zooplankton bio-volume and total abundance along-shelf distance were also found to be without trend. However, the trend in the center of gravity of copepod taxa diverged from the trends in bio-volume and non-copepod zooplankton abundance, suggesting most of these taxa had shifted in distribution to the northeast. The centers of gravity of fish and macroinvertebrate species have trended significantly to the northeast, suggesting copepods may play a key role in the distribution of higher trophic levels. Analysis of thermal events suggest abrupt change in temperature can actuate persistent change in the distribution of fish and macroinvertebrate species. In aggregate, these broad trophic level patterns imply that distributional changes affecting upper trophic levels were dominated by thermal mechanisms, whereas lower trophic productivity, although subject to the same thermal conditions, exhibited less of a response.  We hypothesize this lack of distributional response at lower trophic levels is due to their higher rates of production and turnover, and hence reflect a capacity to better integrate seasonal thermal changes. Furthermore, distributional changes of upper trophic levels may also be significantly impacted by feeding interactions at specific life history stages, where temperature affects both predator and prey.”