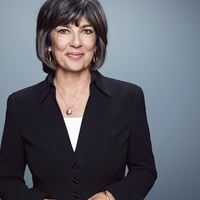 Christiane Amanpour Truthful, Not Neutral.   Join Christiane Amanpour for a candid look at international journalism today.  During an age when members of the news media are increasingly finding themselves at risk – both at home and abroad – for doing their jobs, how do journalists differentiate between coverage that is balanced, objective, neutral and, most importantly, truthful? This is one of the many questions CNN Chief International Anchor Christiane Amanpour will address when she returns to her alma mater, the University of Rhode Island. A 1983 alumna and 1995 honorary degree recipient, Amanpour endowed an annual speaker series in 2007, which is designed to bring well-respected journalists to campus each year.